Dating Reviews: Find Out If BootyCallSocial Is Scam or Not

Based on our experiences we had on BootyCallSocial. It was IMPOSSIBLE to meet real women. We DON'T RECOMMEND you to subscribe on it.

You know how we knew that we probably wouldn’t like this site? Why would you go and use the same name as another site and try to pass it off as your own…wait, that would be because you don’t have anything real to offer. That is exactly what this site had, nothing to offer.

Bootycallsocial.com was one of the worst sites that we tested. We thought for sure there must be something that we can say positive about it, but there isn’t. It was a high priced knock off that did nothing but disappoint us all the way, from sign on to sign off. From the moment we gave them our email, they gave us nothing but a hassle. Like all the other shitty one night stand sites, they sold our email address to just about anyone you can imagine. Suddenly our email inbox became a haven for every explicit solicitation site out there. That may not be such a bad thing, but some people actually use their email for work. Not if you sign on to this one. 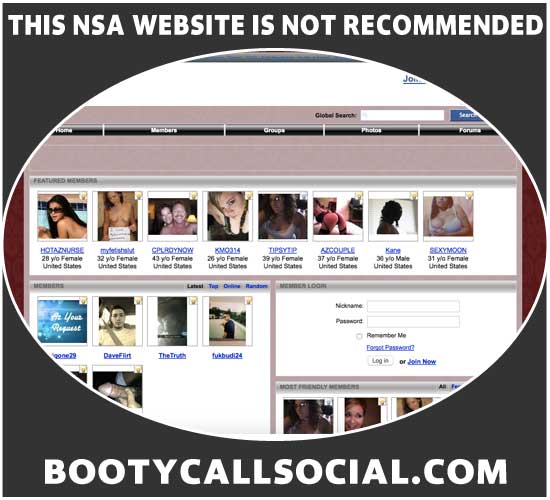 Based on our experiences we had on BootyCallSocial. It was IMPOSSIBLE to meet real women. We DON’T RECOMMEND you to subscribe on it. You should read our reviews of the best dating sites for one night stands.

The site was one of the most expensive with nothing to offer. It had horrible graphics and the apps were just as bad. They promised that you could get to know a person through video conferencing and chatting online, which was simply not true. All of our mobile devices continued to either say that it couldn’t stream, or that it wasn’t compatible. That’s okay, we called their customer service department to get it cleared up. Just kidding, there was no customer service department, just an email contact where no one ever answered.

Is BootyCallSocial.com A Scam Site?

The responses that we got were from women who were just too good to be true. Don’t get me wrong, the guys who tested the site were hot, but they were not the hottest guys on earth and of the women who answered them, or sought them out on their own, they were all supermodel 10s. If you read the guide you know that that is one of the biggest red flags out there. When we tried to go in for the kill and make the meet date place, they suddenly were asking for more than just a meet place. They were asking whether we intended to bring cash or credit card.

Obviously a place where escort services and prostitutes can flourish, this site was one of the worst offenders at being sneaky about it. Most of the other horrible sites at least would come clean at the first or second communication. These hold outs would have week long conversations with us only to put a knife in our hopes at the very last minute. That is a special kind of shitty.

There were not many women to choose from on the site either. The ones that were real, you could tell, were few and far between. The biggest problem is that they weren’t in our area either. We would travel for some sex, but not clear across the earth, which is where they would have us go.